Sheffield United ended a 20-game winless run in the Premier League on Tuesday as Billy Sharp’s penalty earned a 1-0 victory over 10-man Newcastle.

The Blades still face an uphill task to haul themselves off the bottom of the table as they sit nine points adrift of safety.

But Chris Wilder’s men ensured they will not set an unwanted record by going a full top-flight season without a win thanks to another night to forget for Newcastle.

The Magpies could yet find themselves dragged into a relegation battle as they remain eight points above the drop zone in 15th, but have played two games more than Fulham in 18th.

Steve Bruce’s men are winless in eight games in all competitions, including exits from both domestic cups.

Two quickfire bookings for Ryan Fraser just before half-time left the visitors a man down for the full second-half.

But scoring goals has been United’s Achilles’ heel all season and they struggled to make the man advantage count until Federico Fernandez was punished for the ball brushing his outstretched hand inside the area.

Cub captain Sharp showed his experience by sending Karl Darlow the wrong way from the spot.

Jayden Bogle nearly scored a spectacular own goal six minutes into stoppage time to ruin the Blades big night when his attempted pass back with his chest eluded Aaron Ramsdale and the ball rolled just past the post for a corner.

But the hosts held out to end a 186-day wait for a league win and more than double their points tally for the season. 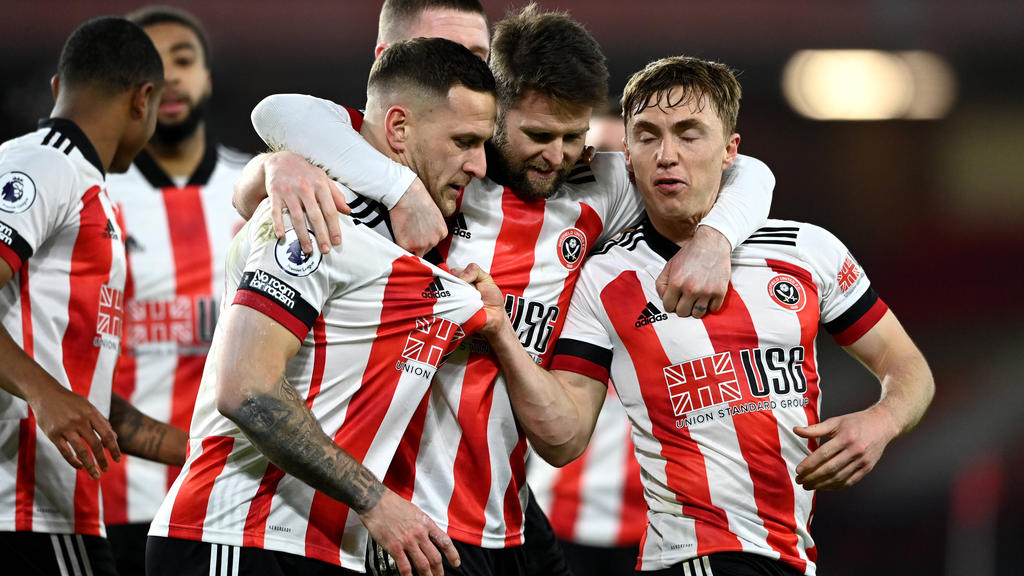