Leeds beat managerless Tottenham 3-1 on Saturday to put a huge dent in their ambitions of securing a coveted Premier League top-four spot.

It means Tottenham, beaten Champions League finalists in 2019, are almost certain to miss out on playing in Europe’s elite club competition for a second consecutive season.

They even face a fight to qualify for the Europa League after their first league defeat under interim boss Ryan Mason.

“Leeds know what they’re doing, they play a certain way and it took us a while to get into the game,” Mason told BT Sport.

“In the second half we were the better team. The moments we had, you have to take them in these games.

“Today was a massive game for us, to lose it hurts. It’s difficult to win in the Premier League but we’ve got to have our full attention on next week now.”

Leeds, who climbed above Arsenal into ninth place, produced another scintillating display against one of the Premier League’s “big six”.

Jack Harrison fizzed the ball across the box from the left and Tottenham goalkeeper Hugo Lloris did well to save Sergio Reguilon from scoring an own goal.

But he could nothing to prevent Dallas from smashing home from close range at the back post.

Tottenham hit back to equalise with their first shot on target on the counter-attack in the 25th minute. Dele Alli’s clever through-ball carved Leeds open and Son raced clear to side-foot home.

Harry Kane thought he had given the visitors the lead when he dinked home after combining brilliantly with Alli and Son but his cool finish was ruled out after VAR confirmed he had been marginally offside.

Leeds regained the lead in the 42nd minute as Bamford finished from close range for his 15th Premier League goal of the season following Ezgjan Alioski’s cut-back.

Kane had another effort ruled out for offside early in the second half as Spurs pushed for an equaliser and then rattled the bar from a free kick with less than 20 minutes to go.

But it was Leeds who struck again to seal the three points, with Rodrigo finishing after a cross from fellow substitute Raphinha with just six minutes left.

Leeds are the first side to remain unbeaten at home in a Premier League season against Arsenal, Chelsea, Liverpool, Manchester City, Manchester United and Spurs since West Ham in 2015/16. 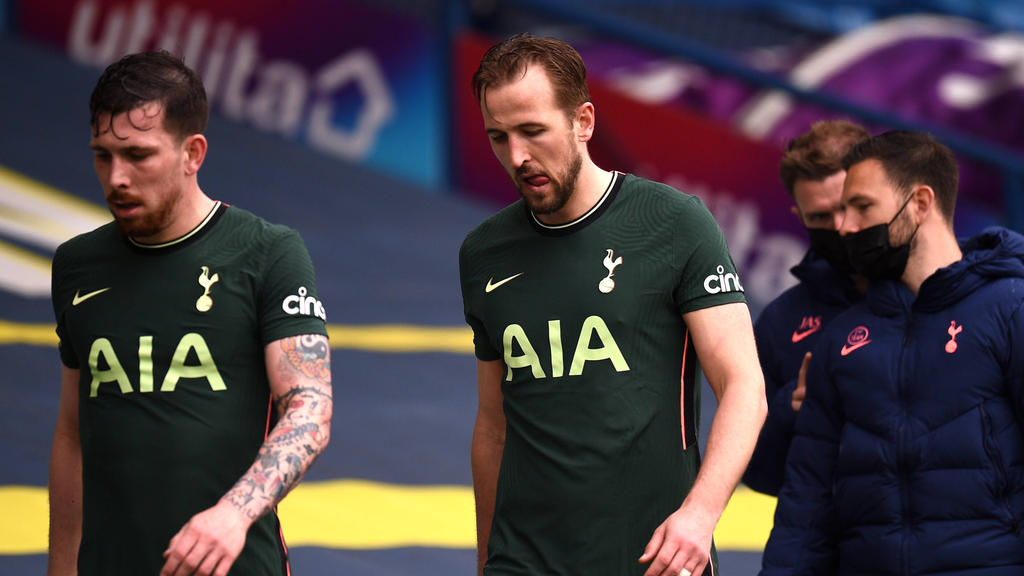