Thomas Tuchel has vowed Chelsea will not be destroyed by the sanctions on Blues owner Roman Abramovich that plunged the European champions into turmoil before their 3-1 win at Norwich on Thursday.

The Russian billionaire’s UK assets have been frozen, with strict restrictions placed on Chelsea, who are currently not allowed to sign new players, renew contracts or sell match tickets.

Even Chelsea’s club shop has been closed, while their main shirt sponsor, mobile phone company Three, responded to the sanctions by saying it was temporarily suspending the £40 million ($52 million) deal.

The sanctions have raised fears for Chelsea’s survival, but Blues boss Tuchel insisted after the Premier League victory against Norwich that his team would not be throwing in the towel.

“So far we can trust each other and this will not change. As long as we have enough shirts and a bus to drive to the games we will be there and will compete hard,” he said.

“Everybody can be very sure that we focus on us, to keep the attitude and the mentality right on the training ground and within the team.”

Reports on Thursday claimed sportswear giant Nike, which makes Chelsea’s kit, was also considering ending the £900 million, 15-year deal it signed with the club in 2016.

Car manufacturer Hyundai said it is “currently assessing” its contract with the Blues.

Chelsea, no longer allowed to spend more than £20,000 on away travel, will continue to receive TV broadcast payments and prize money, but this is set to be frozen.

They have been given a special license to continue playing, but Chelsea officials were holding talks with the government on Thursday to discuss the scope of that arrangement.

Abramovich had already announced he was willing to sell Chelsea, with a host of potential buyers declaring their interest in a club which has won 19 major trophies since the Russian bought them in 2003.

Tuchel has no idea which direction the club will head once Abramovich is gone, but he will not worry about problems he cannot control.

“I didn’t see that coming yesterday and I don’t know what is coming tomorrow,” Tuchel said.

“The level of impact it has, the news of today is big, in time we don’t know how big. We cannot influence it.”

There has been speculation Tuchel might quit Chelsea given their suddenly turbulent situation.

But the German, who has won the Champions League and Club World Cup since he was hired by Abramovich in January 2021, remains happy at the west London club.

Chelsea are third in the Premier League after easing past lowly Norwich to move nine points clear of fifth-placed Manchester United in the race for a top-four finish.

They are also still in contention in the Champions League last 16 and FA Cup quarter-finals.

Cesar Azpilicueta, Antonio Rudiger and Andreas Christensen are all out of contract this summer and could be forgiven for letting the uncertainty affect their play.

Tuchel will use Chelsea’s top-four and trophy targets to keep his players focused amid the mayhem, but he conceded he was concerned they might be distracted before the Norwich game.

“It would be a lie if I said we I had no doubts but I also had a lot of trust,” he said.

“In difficult circumstances we produced a lot of results and good performances so we can trust in our mentality and the culture in the club. We allowed ourselves to focus on the football.”

Mason Mount, one of Chelsea’s scorers at Norwich, added: “You can’t really avoid it as there’s a lot going on.

“We have to focus on what we do on the pitch. You try not to look too much into it.” 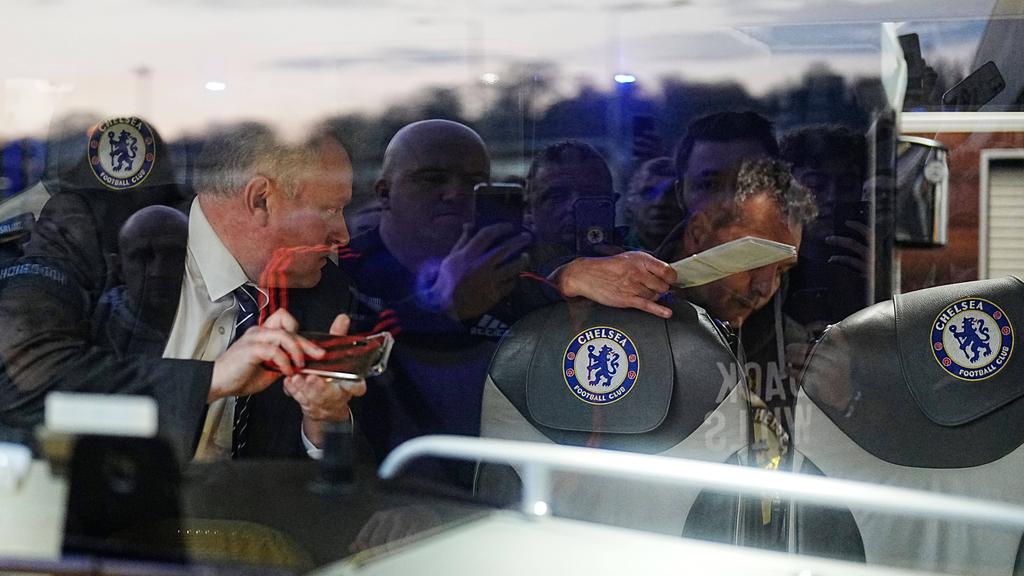 支付宝扫一扫打赏
×
1như
Nhãn mác:'As long as we have a bus we will be there' Champions League News Premier League